For the bombing sequence in the film we see the aftermath of the explosion that occurred during the Boston Marathon with the terrible loss of life. We find Jeff Bauman in the rubble with extensive damage to his legs. Working with Production Designer, Stephen H. Carter the street set was built on risers to accommodate placing Mr. Gyllenhaal’s legs in a small pit beneath the stage. As the legs he moved his thigh a small hinged mech allowed the stumps to mimic the movement. 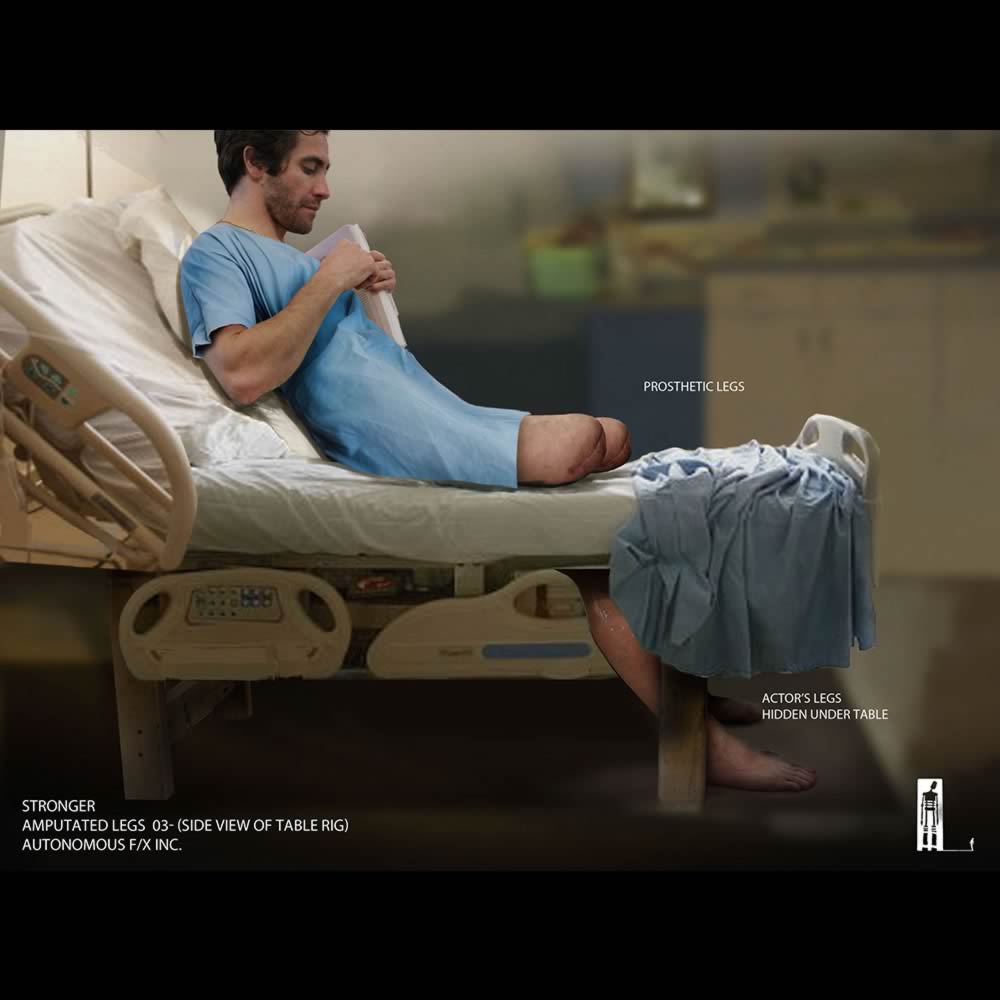 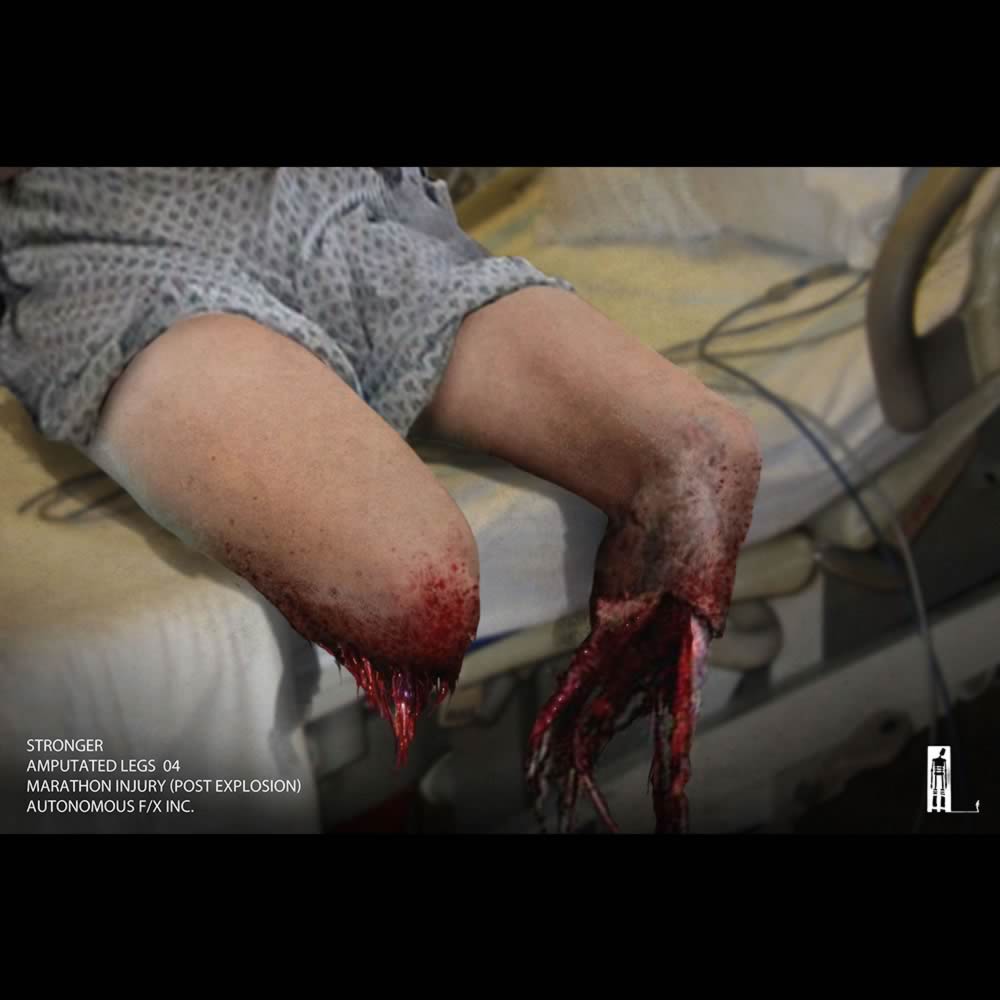 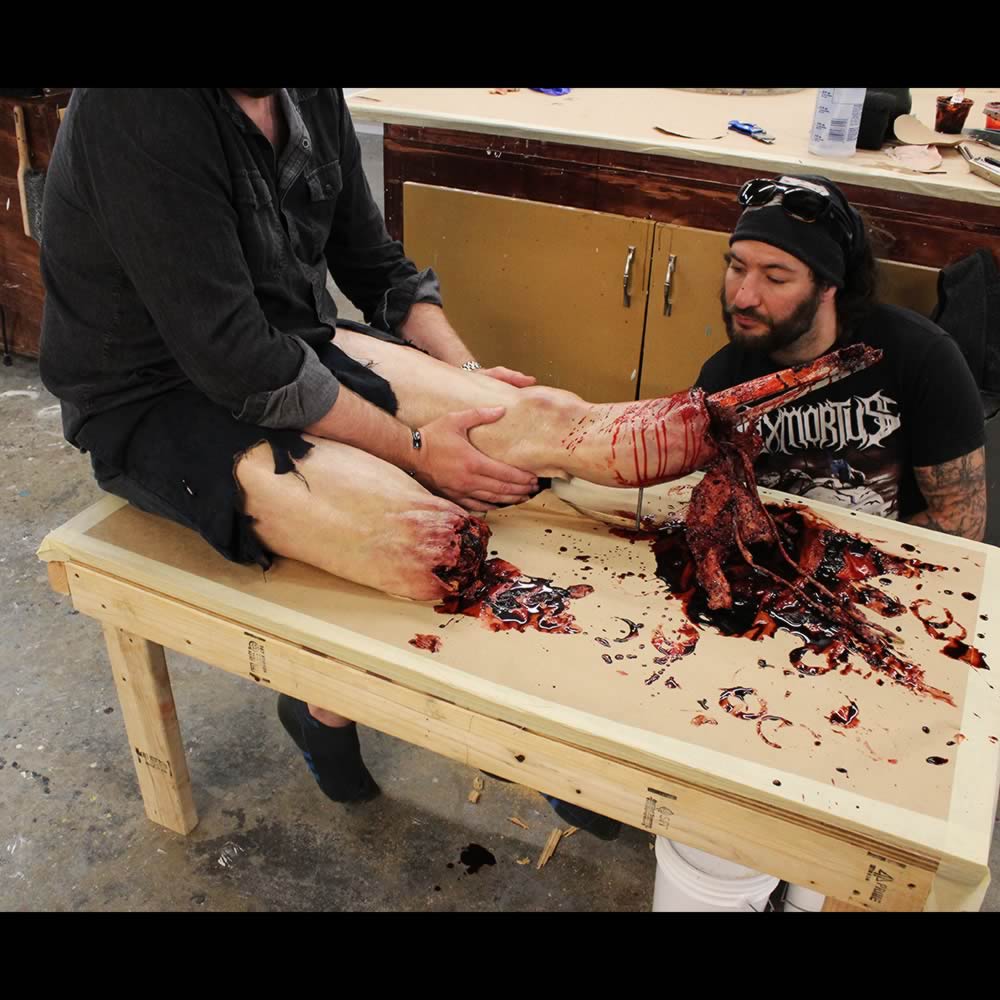 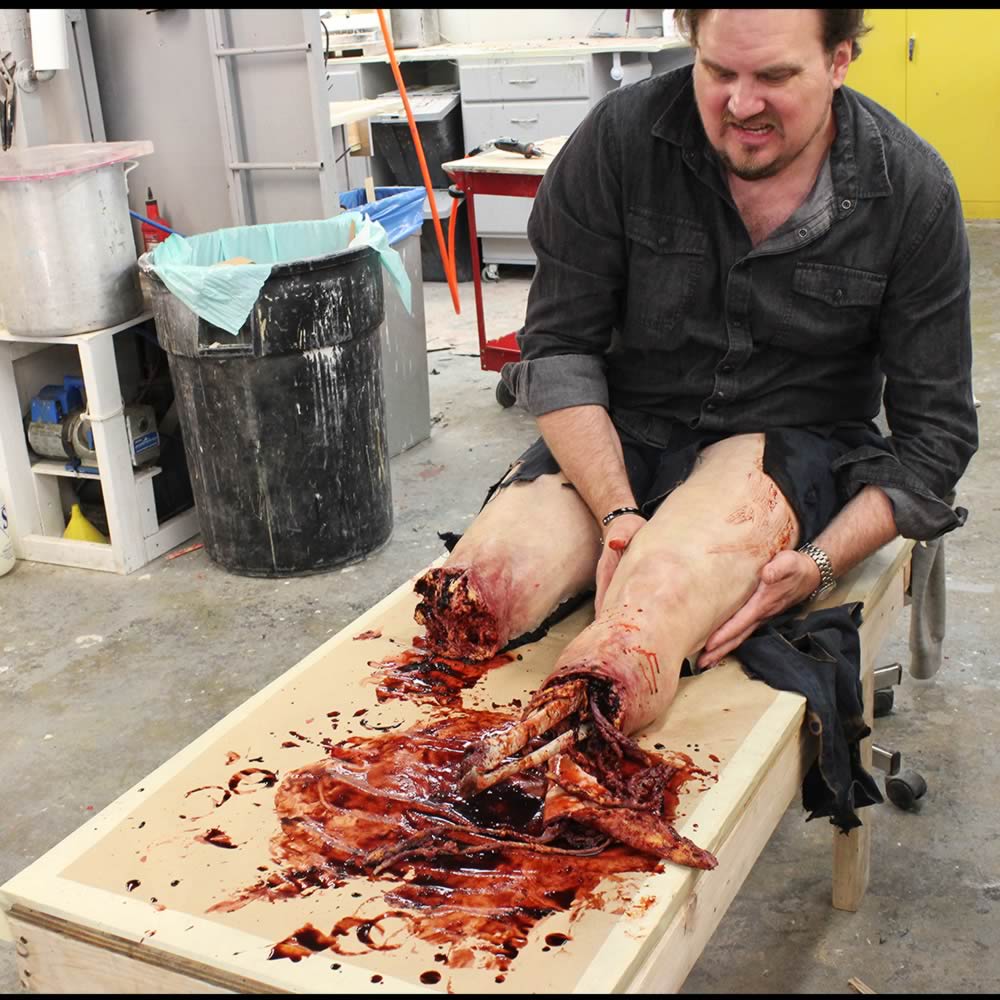 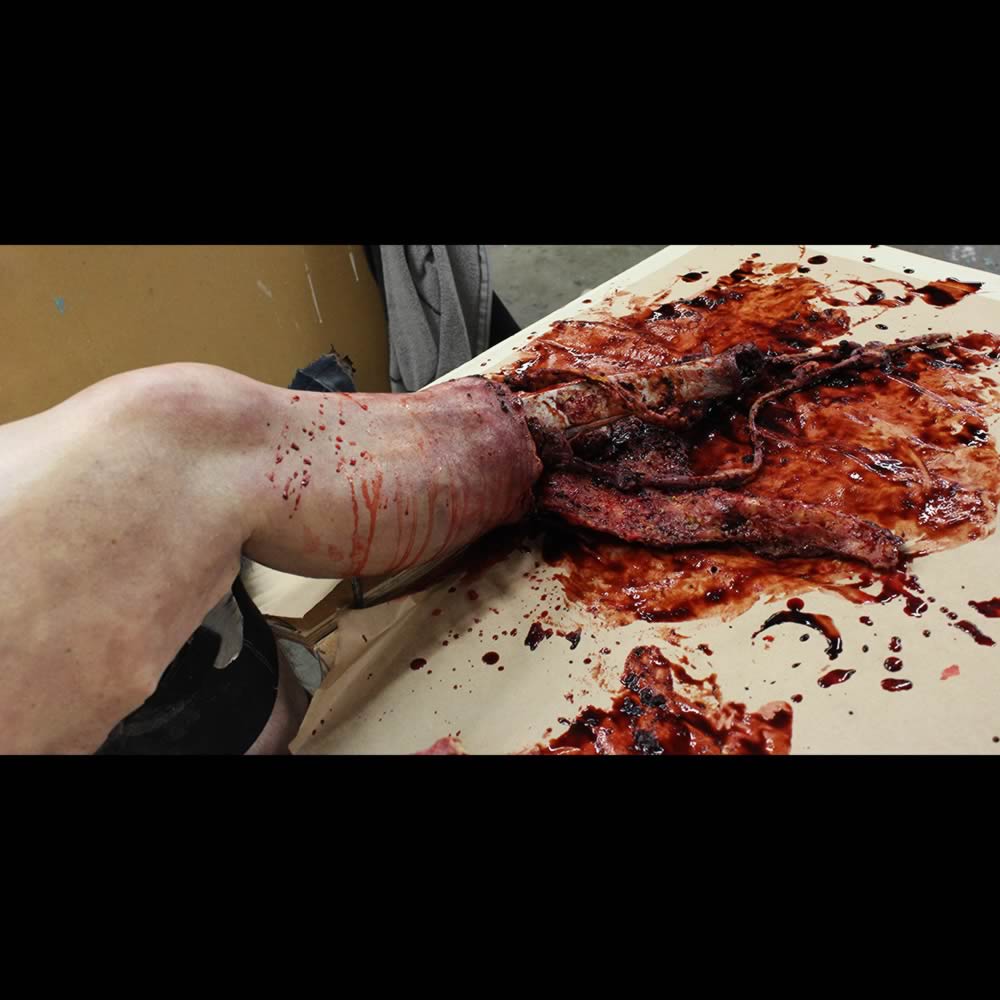 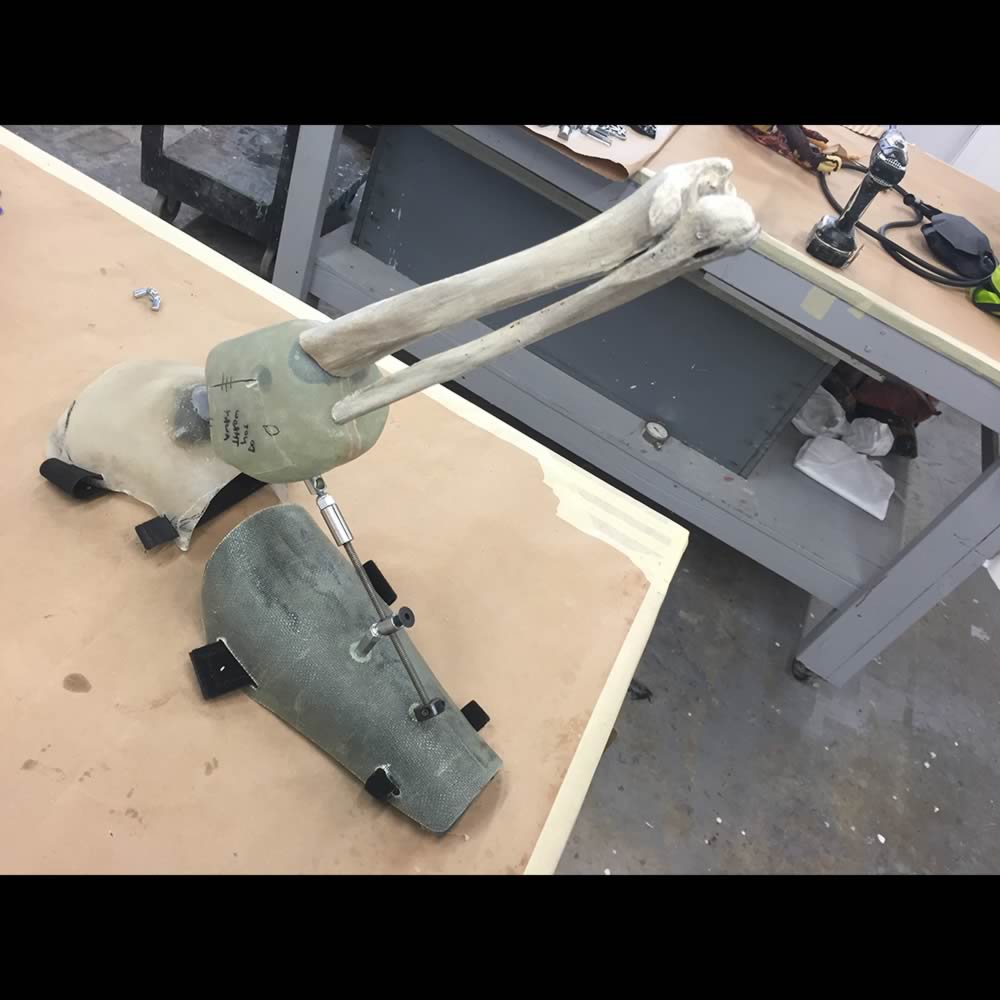 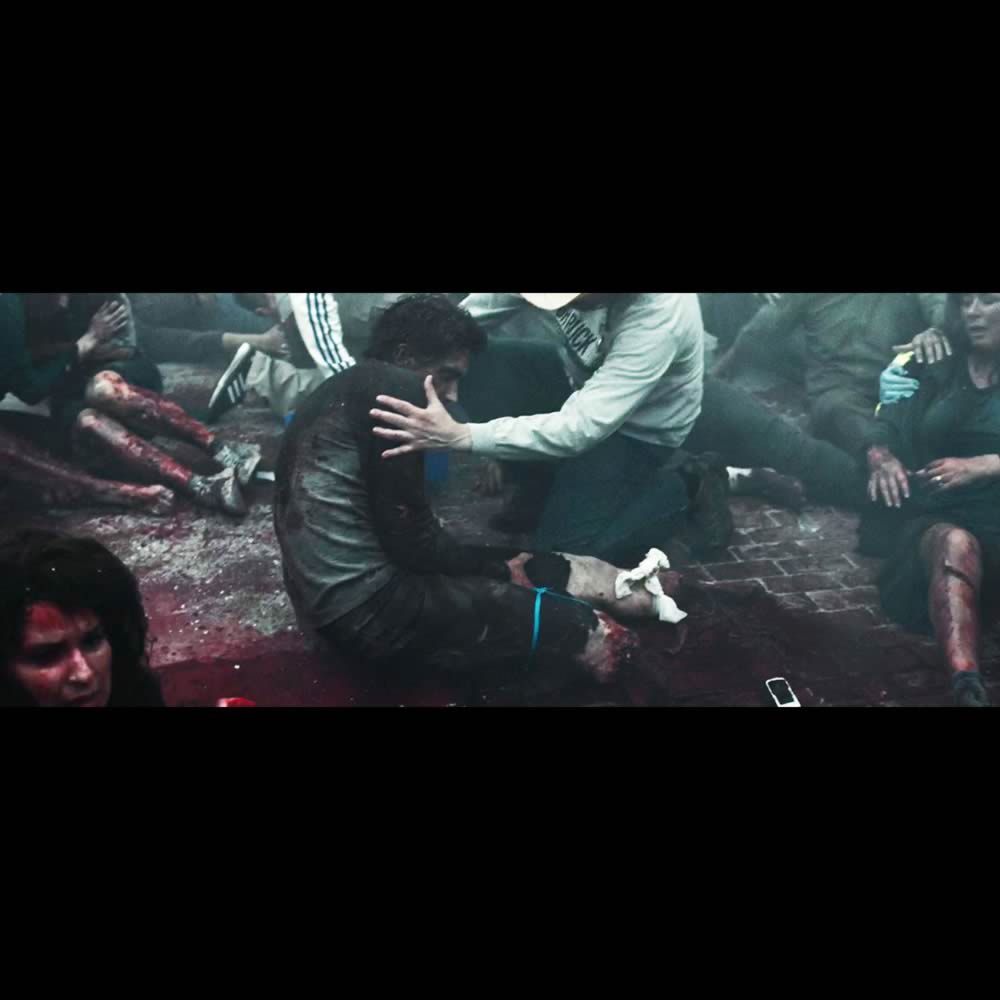 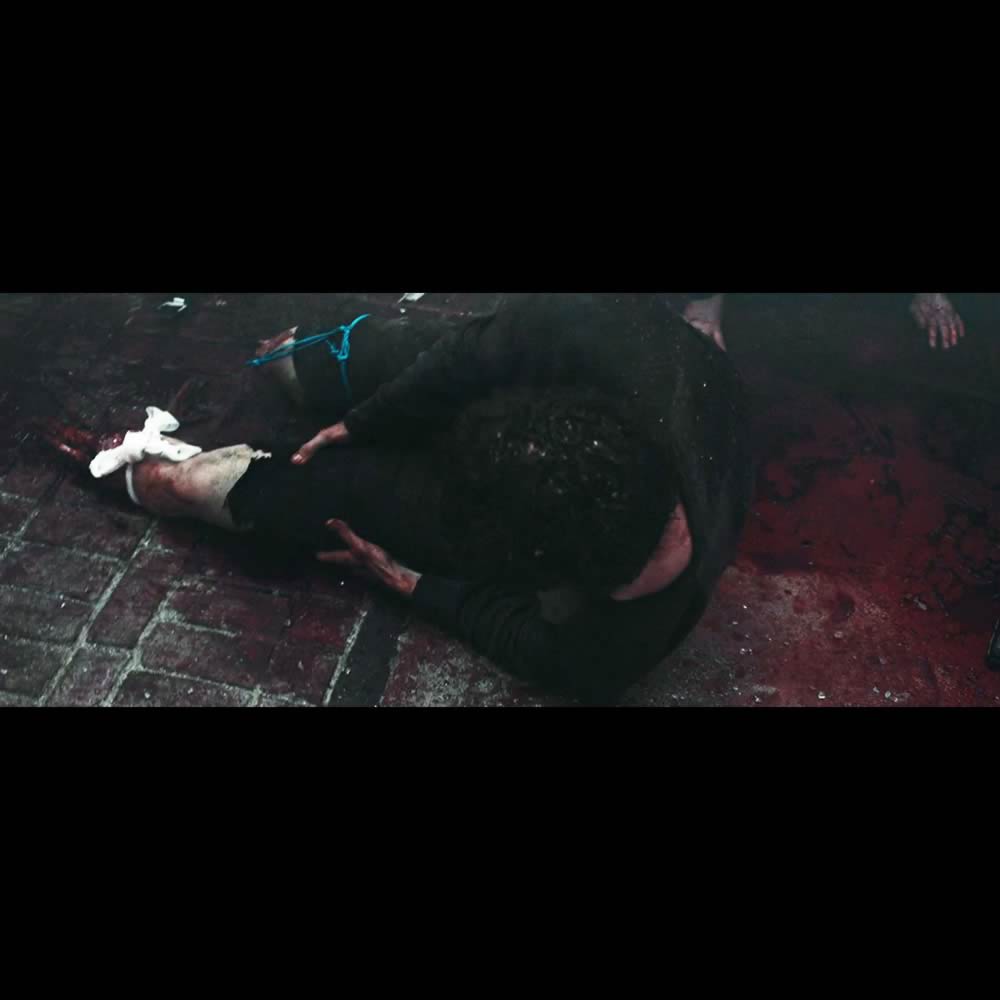